Black Swans and the post-coronavirus Economy 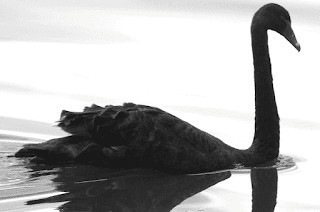 ― Nassim Nicholas Taleb, The Black Swan: The Impact of the Highly Improbable

The phrase "black swan" derives from a Latin expression; its oldest known occurrence is from the 2nd-century Roman poet Juvenal's characterization of something being "rara avis in terris nigroque simillima cygno" ("a rare bird in the lands and very much like a black swan.").

When Juvenal wrote this, the black swan was presumed not to exist. The importance of the metaphor lies in its analogy to the fragility of any system of thought.  You can undo a set of conclusions once you can disprove any of its fundamental postulates.

In this case, the observation of a single black swan would be the undoing of the logic of any system of thought, as well as any reasoning that followed from that underlying logic.

Juvenal's phrase was a common expression in 16th century London as a statement of impossibility. The London expression derives from the Old World presumption that all swans must be white because all historical records of swans reported that they had white feathers. In that context, a black swan was impossible or at least nonexistent.

However, in 1697, Dutch explorers led by Willem de Vlamingh became the first Europeans to see black swans, in Western Australia. The term subsequently metamorphosed to connote the idea that a perceived impossibility might later be disproven.

I was reading an Economic prediction about the Coronavirus a few days ago by the financial analysts at Knight Frank telling us confidently that  ‘House sales in the UK will collapse this year as the coronavirus pandemic puts the property market into a deep freeze. But prices will fall by only 3% and will rebound next year.’

Knight Frank is, of course, a well-known firm of estate agents. (realtors). My immediate thought was: ‘well then it’s like going to a casino and asking the casino’s financial analysts whether playing roulette is a good idea’!

I am as wise as Socrates in only one way, and that is 'that I know that I know nothing'. I am not going to argue with Knight Frank on their predictions for the UK housing market. But I will say that I trust the Economist Nassim Taleb more at this juncture than I do Knight Frank.

9/11: A Black swan event predicted by Nassim Taleb. We've had at least four in the 21st Century. 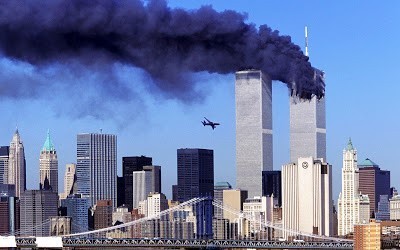 In 2000 Nassim wrote that the problem with the financial markets was that they treated their data and models like it was science. But they missed one vital component that meant that their analysis would always lack scientific rigour; Black Swans. Nassim Taleb speculated how the markets would handle a random, entirely unpredictable event and hey presto, less than a year later we had 9/11.

Then in 2007 in his classic book Nassim Nicholas Taleb talked about how the financial system was vulnerable to black swan events:

“Consider a turkey that is fed every day. Every single feeding will firm up the bird’s belief that it is the general rule of life to be fed every day by friendly members of the human race “looking out for its best interests,” as a politician would say. On the afternoon of the Wednesday before Thanksgiving, something unexpected will happen to the turkey. It will incur a revision of belief.” (extract from the book).

Initially, when he wrote 'Black Swan', he was booed off stage by eminent economists and ostracized by the financial community.
Then in 2008, the entire global financial system collapsed and had to be bailed out to the tune of thirteen trillion US dollars.

I’m not arguing that this will happen again. However, I will say that our economic system has yet again been hit by a black swan event, one that no one predicted.

Therefore, I would be sceptical of any financial analyst writing with confidence about the future. Particularly when his or her salary is paid by those who benefit from them putting one view across to us. 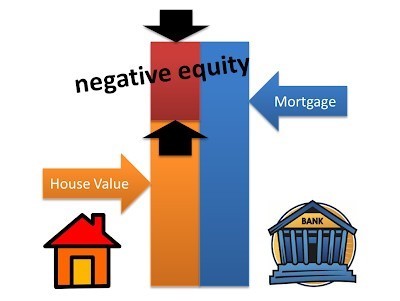 *There is still a fundamental imbalance in the UK housing market, at least in the places where people want to live. The housing stock has always lagged behind growing demand, pushing up prices in the long term well beyond inflation. In the short term, a drop looks inevitable, as the lockdown, or lockdowns will hammer incomes and GDP when the cost of housing already claims a much larger share of disposable income than in the past.

Where the price level will settle, and when it might pick up, is anyone's guess. The real pain will be felt by those going into negative equity, not able through reduced income to pay down the mortgage, and unable to sell without triggering bankruptcy.

This would also apply to heavily geared buy-to-let landlords, facing falling rental income but with fixed debt repayments. Those who have taken on mortgages at large multiples of income or landlords who have relied on substantial capital gains to protect against insolvency will, or ought to be, very worried at the moment.*

Help scientists by airing your opinion on COVID-19; download the App - your poll votes will help in efforts to understand, model, and improve future responses to pandemics.